(4) Fluid milk requirement. This modification gives program operators more time to prepare for this important change to SBP menus. If only three food items are offered, students must take all the food items to preserve the nutritional integrity of the breakfast. 1759a(a)(3)). Consumption of vegetables and fruits is also associated with reduced risk of many chronic diseases, including obesity, heart attack, stroke, and cancer. III-14III-15. Other meat alternates, such as cheese and eggs, may be used to meet all or part of the meats/meat alternates component in accordance with FNS guidance. FNS has reviewed this final rule in accordance with USDA Regulation 4300-4, Civil Rights Impact Analysis, to identify and address any major civil rights impacts the rule might have on program participants on the basis of age, race, color, national origin, sex or disability. State Child Nutrition Agencies (SAs) play a key role in the implementation of school meal programs through their agreements and partnership with local SFAs. State agencies conduct the nutrient analysis and calculate weighting as indicated by FNS guidance. (2) Exceptions for non-disability reasons. The menu cycles must also incorporate local food preferences and accommodate local food service operations. Local menu planners decide how to incorporate beans and peas (legumes) into the school meal but may not offer one serving of beans and peas (legumes) to meet the requirements for both vegetables and meat/meat alternate components. In that way, the final rule, like the proposed rule, will help children recognize and choose foods consistent with a healthy diet.

We used index values for the 11 months ending in August 2011 to estimate average index values for all of FY 2011. Overall, the comments provided were generally more supportive of the proposed rule than opposed. Those in favor stated that permitting such products sends the wrong nutrition message to children. State agencies must review school lunches and breakfasts every three years during scheduled administrative reviews to monitor compliance with the meal requirements (meal patterns and dietary specifications for calories, saturated fat, sodium and.

However, the rule does require schools to serve only low-fat or fat-free milk in the school meals programs. 22. This treatment of USDA Foods is consistent with the SLBCS-II which includes the value of USDA Foods in its computation of the cost of producing a school meal. The servings for biscuits, rolls, muffins, and other grain/bread varieties are specified in FNS guidance. The more recent participation projections slightly increase the cost of the breakfast meal patterns and reduce the cost of the lunch meal patterns relative to the proposed rule.

Report of the Dietary Guidelines Advisory Committee on the Dietary Guidelines for Americans, 2005 http://www.health.gov/dietaryguidelines/dga2005/report/. (iii) Review menu and production records for a minimum of five operating days (specified by the State agency); such review must determine whether all food components and food quantities required under 210.10, as applicable, and 220.8 and 220.23, as applicable, of this chapter have been offered. This information collection burden has not yet been approved by OMB. We believe that our use of the data from that study, which is several years old, presents a greater risk of overstatement than understatement of the cost of the rule, holding other factors constant. In increasing access to children for such meals it will address key inconsistencies between the diets of school children and Dietary Guidelines by (1) Increasing servings of fruits and vegetables, (2) replacing refined-grain foods with whole-grain rich foods, and (3) replacing higher-fat dairy products with low-fat varieties. Because of their high nutrient content and low cost, USDA encourages menu planners to include beans and peas (legumes) in the school menu regularly, either as a vegetable or as a meat alternate (as discussed later). documents in the last year. eq. For purposes of this analysis, the rule is assumed to take effect on July 1, 2012, the start of school year (SY) 2012-2013. To meet target 2, schools have to reduce sodium in school lunches by approximately 15-30 percent from their baseline. We test the cost implications of adopting different take rates in section F. 41. FNS estimated in 1994 that extending the SFA review cycle from four to five years would decrease costs associated with this effort by 20 percent. 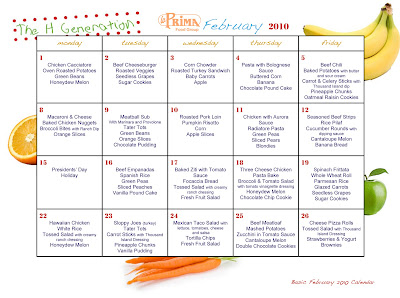 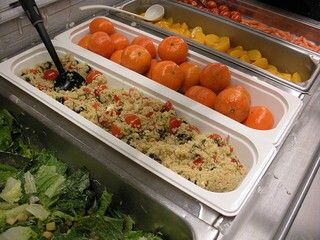